As we came back across the portage to get the next load of gear, I came up behind Tom who was standing with hands on his hips looking as one of our canoes was drifting about fifteen feet away along the shoreline.

“Well, that sucks,” I, quite the wordsmith, said as I sidled up to Tom.

At this point the rest of the group came up behind us and there were a number of stifled laughs as they figured out what we were looking at, and one gasp, I heard to be wrought with shame, from the one in the group whose job it had been to make sure the canoes were all set far enough off the water so that this would not happen.

“Don’t bother Tom, I’ll just swim out and get it,” I hollered as I started down the trail.

“It is a super short portage so it will only take me five minutes to go get another canoe and there is no way you catch up with that one floating away before I get back,” Tom said.

“Challenge accepted,” I said. And, smiling at Jodie - the pretty, Junior to my Freshman, girl that I been hopelessly following around like a lovesick puppy for the past three days - I started to casually take off my boots and get ready to dive in after the canoe.

Tom, seeing me starting to undress, actually runs off into the woods down the portage to get the other canoe. Having removed my boots, I looked up to see the drifting canoe and, much to my chagrin, by now it is thirty or so feet away and I am thinking to myself ‘how the heck did that move so fast’. It was right about then that I really started to second guess myself and feel panic setting in quickly. So, still half-dressed, I did what any fourteen-year-old Boundary Waters rookie would do and I jumped right into the water my clothes on.

Within a few strokes, I can hear the rest of the group hollering things and it is pretty clear that the cheering is not for me as most of them are yelling hoorays as Tom comes back up the portage at a near sprint with a fifty-pound canoe on his shoulders. No way he is back already! I think to myself with shock as I put my head down and start swimming as fast as I can towards the increasingly distant canoe.

At this point, I feel like this is still a contest because, surely, the drifting canoe must be just a couple of strokes away by now. I pull my head up out of the water, so I know where to reach for the canoe, and to my bewilderment, it is still at least twenty feet away. So, I swing around to see how far Tom is and how much time I have left before he catches me. In my mind’s eye, he couldn’t be much further than just putting the canoe in the water, and yet there, less than three feet from me is Tom. And I watch as, with the front stroke of his paddle we use the tip to splash me right in the face, and then with one powerful stroke, he passes me with a huge smile on his face.

Accepting defeat, I turned back to shore and started swimming back to jeers of the group on shore who’d just enjoyed Tom’s victory. And, adding insult to injury, not only was Tom able to get the drifting canoe, he secured it to his canoe and towed it back to shore all before I could get out of the water.

As I was sitting on a rock wringing out my socks so that I could put my hiking boots back on, Tom swaggered over, patted me on my wet shoulder and with a good-natured laugh said, “better luck next time.”

I learned three things that day: first, humility-only an idiot thinks they can outswim a seasoned canoe operator; second, respect your feet-dry socks are the most important item of clothing; and third-know your limits.

That day I was the cocky teenager who, not knowing his limits, quickly learned ‘canoe fast, swimmer slow’, made a losing bet in front of a girl I liked-who afterward smiled at me with what I convinced myself was abject pity, and who then spent the rest of that week with blisters because I had to hike the rest of the day in wet socks.

That was thirty years ago. I can still remember every detail of that day like it was just last summer. What the Boundary Waters Canoe Area gives us are moments that last a lifetime. That was a fifteen-minute event on a week-long trip that involved hard packing every day, covering a ton of ground both in canoes and on portages, and was full of amazing experiences; but this one moment painted itself into my brain in a way that makes replaying the experience like watching a movie in my mind. Some of these moments are life learning moments, some are teaching moments, and some are moments of failure but they are all bricks that pave our journey. And I, for one, want as many bricks on my road to come from experiences with nature at places like the BWCA. 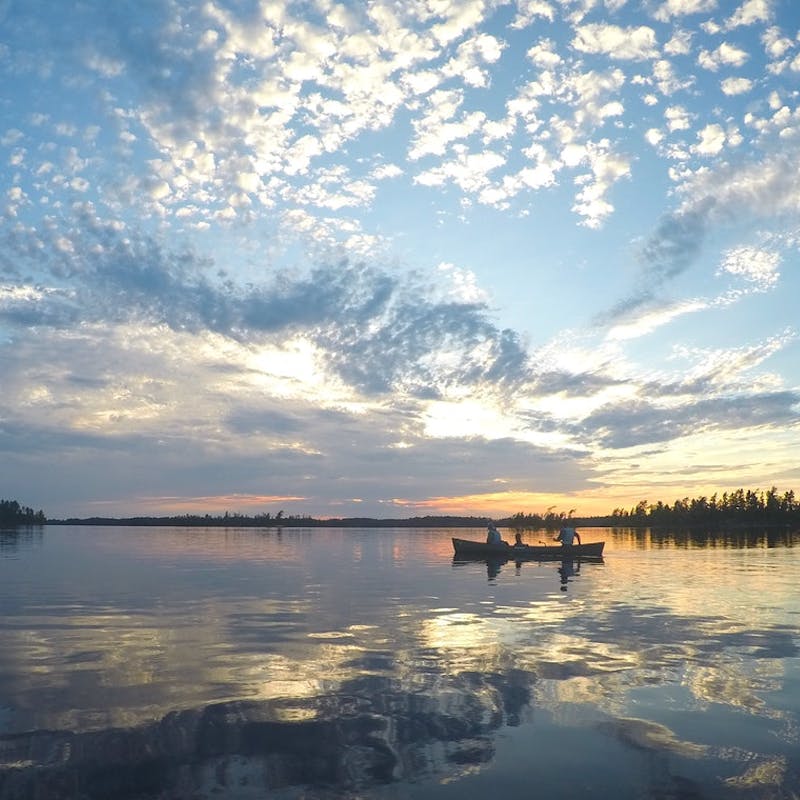 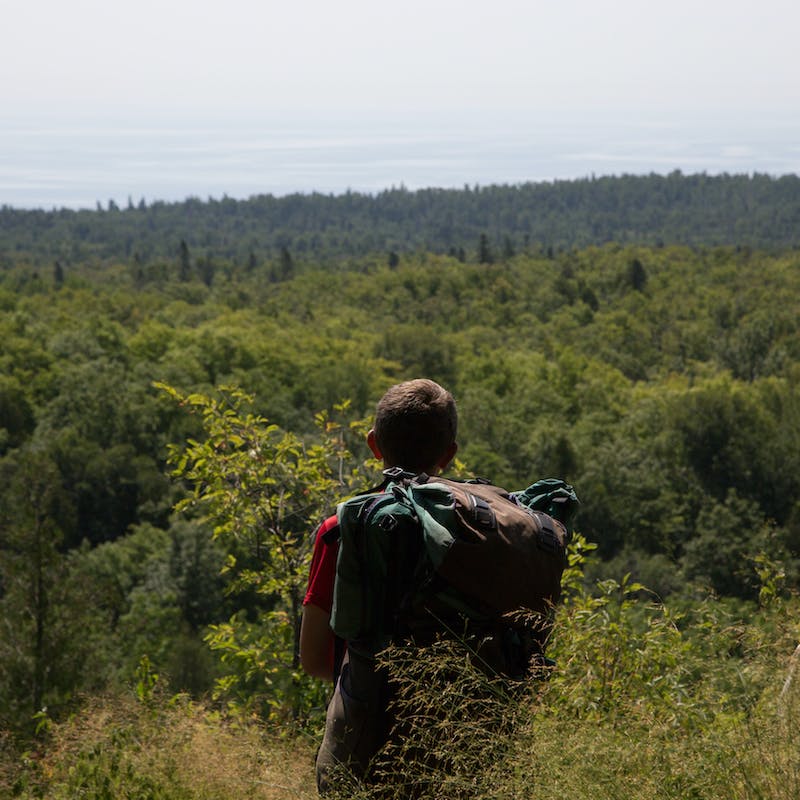 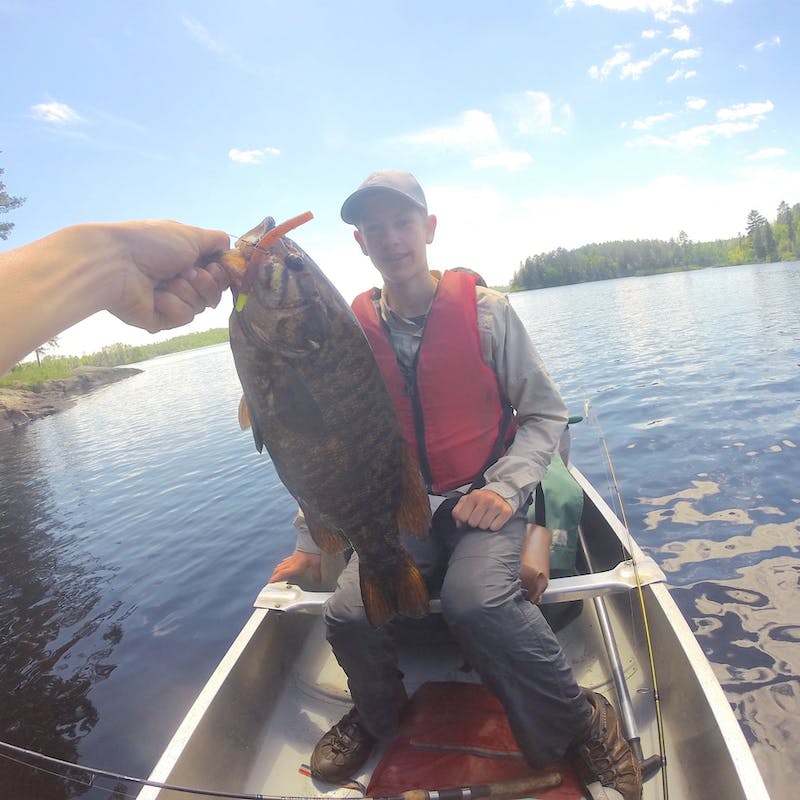 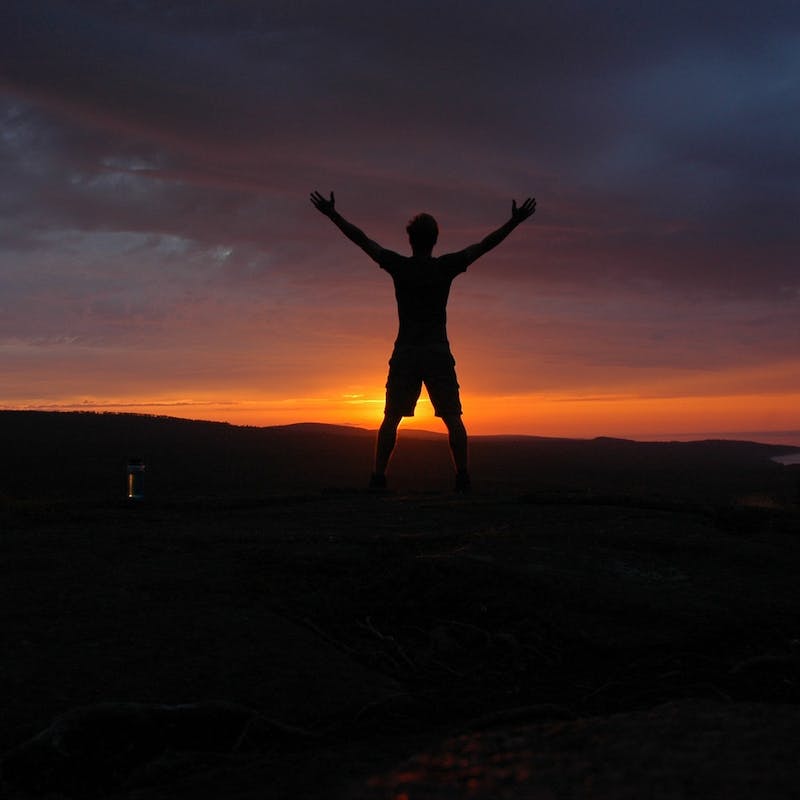 A BWCA Thank You Letter 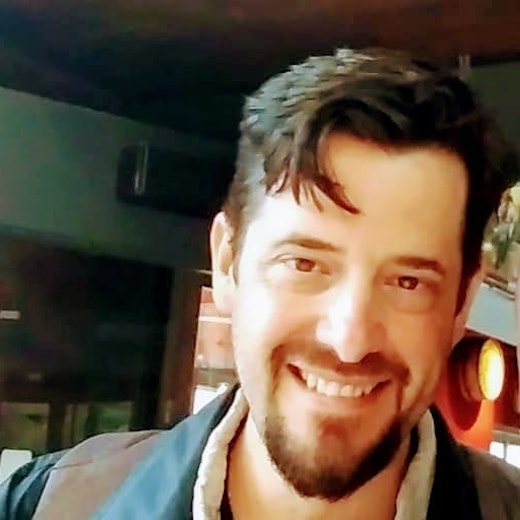 With a background in environmental sustainability coupled with extensive world travel, Hal brings a unique insight into the Great Northwoods.