"A few years ago, I decided that I wanted to write a book about camp. Over the years, camp has produced so many memorable moments, characters, and captivating trip stories—and I thought those aspects of history deserved preservation. I wanted the book to provide a chronological narrative of camp’s past, but also contain adventurous tales told from the alums (and current campers) themselves.

Very early in the planning stages for the book, I realized that the project would entail hefty research. I would need to interview and record dozens—if not hundreds—of stories from CV alumni, in order to give the book the scope that it rightly deserved. I would need to talk to former campers and staff from all previous decades, and gather information on everything from in-camp life to the wilderness trips to the lasting impressions of the summer camp experience.

In other words, publishing a book was quickly shaping up to be a multi-year endeavor, not to mention the amount of time it’d take to transcribe all the interviews and actually write the book. But then I had a eureka moment and realized that other alums would probably very much enjoy hearing the raw, uncut recorded interviews just as much as they’d enjoy reading the interviews in book form.

And so, the idea for a podcast was born. 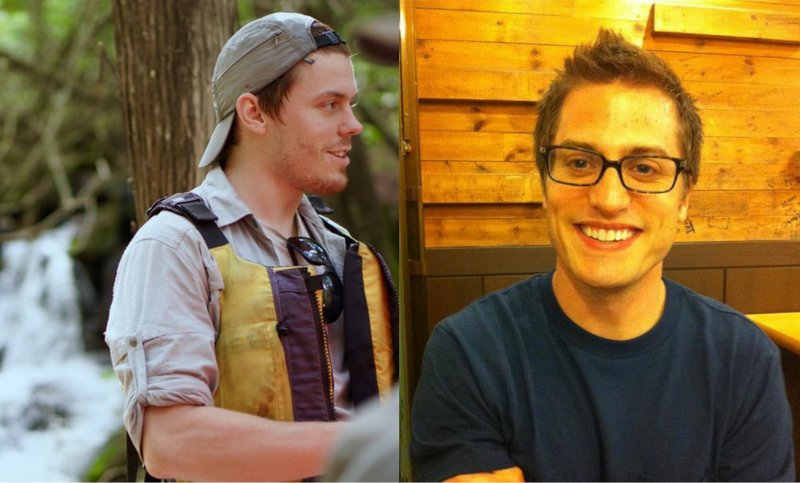 
For those who might be unfamiliar with a podcast, it is a fairly new form of media that is basically an audio file downloaded from the Internet. In more casual terms, a podcast is like a talk radio program that originates from the Internet rather than an FM or AM radio station. And since podcasts can be listened to on a computer, smartphone, or on an iPod, they're gaining popularity.

After some planning and preparation, Peter Grunawalt and I decided to give the Camp Voyageur podcast idea a try a couple of weeks ago. We’re unveiling the first two episodes now—with the hope that we can release additional episodes on a fairly regular basis. We’re learning the podcast broadcasting process along the way, so undoubtedly there will be improvements in the future. But the fact that so few summer camps have a podcast allows us to be a trendsetter in the camp industry—and that’s exciting.

Going forward, we’re hoping to discuss all sorts of topics that are related to summer camp on the program. We’re also hoping to interview camp alums, which harkens back to my initial idea for a camp book. If you’re interested in being a guest on the podcast, e-mail Peter, send him a Facebook message, or post a request in the alumni Facebook page. We’d love to hear any old-time camping stories that you’d want to share, and also learn more about the lasting impressions that CV has had on you.

Fittingly, we’re calling the podcast The WELK Radio podcast, which is a nod to camp’s annual Mess Hall “radio” show. Currently, we're only on SoundCloud, but once we get formal approval from Apple, we'll be on iTunes and a number of other podcast platforms as well.

I’d still like to write that camp book someday, but in the meantime, this podcast will be a fun (and hopefully entertaining) way to gather camp stories from campers and staff—both past and present. And hopefully it will give you your “camp fix” throughout the year."