This trip story comes in from veteran camper Andy. He joined five others on a 9 day Grand Portage trip from Moose Lake to Lake Superior. He recounts his encounter with not one, not two, but three “Meese.” What, meese is a word, right? Anyways, here’s the story…

“Alright you can get out of the boat now,” Peder said. Naturally, I was already halfway out, getting ready to stop the boat from running into the portage landing. Inquisitive as to whether this portage would be a hop skip or a long stroll, I asked Peder. “I think this is about 140 roads. We’re heading into Moose Lake… I’m pretty sure,” he replied.

Satisfied with his response, I placed my paddle on a tree for the mighty Quinn to take with him across the portage. I did the same with Peder’s paddle. I returned to the water, facing perpendicular to the length of the canoe, waiting for the weight of the food pack to return to my shoulders. Just as my shoulders once again arched over with the pack, ready to walk across the road in front of me, I heard one word shouted from the mouth of Caleb: “Moose!”

I snapped my head over my left shoulder to see three moose discreetly peeking out from a patch of ferns. At first sight, only one was apparent. Clearly the mother of the group. As she inched forward, the two calves behind her stepped out to reveal their full size and grace.

Immediately after noticing the massive mammals before us, Caleb turned around and shouted to Stephen to get out a camera. The camera had no memory left. Ben, Caleb, Peder and I stood transfixed, as they were only about 30 yards from where we stood. Thirty seconds later, all was gone. They vanished back into their home, leaving us with nothing but a memory. A memory we were all very grateful for.

Encountering a moose in the Boundary Waters, despite their abundance, is a pretty rare experience. They’re often all too aware of the presence of humans nearby, which is why it’s particularly surprising that a group of teenagers got to see one. Nevertheless, it is an awesome sight to behold… to see something practically the size of a horse in its natural environment. To this day, many veteran campers - even staff - have yet to see a moose! 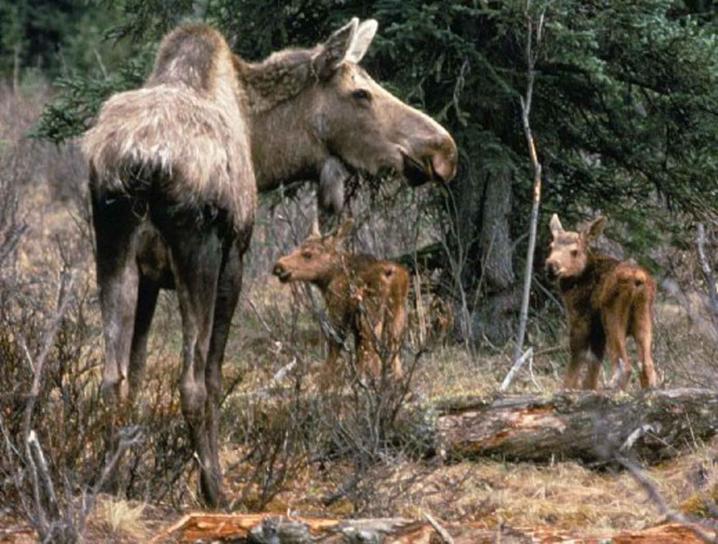 Credit to counselor Ethan Shafron for editing our trip stories and giving campers the “moral support” to write them (because getting them to write instead of sail, water ski, or do archery is harder than it sounds).