Going Out with a Bang

There's no easy way to end the last session of the season. By now, even the new staff are veterans of the program, and everyone is hitting their stride. And it seems just as we hit this stride, poof! Camp is over. With one last hurrah, we pack the last few days of camp full of activities, including a mini-Olympics, a talent show known as the "Gong Show" (where no talent is enough talent), and an initiation ceremony based on the historic rendezvous of the French Voyageurs. 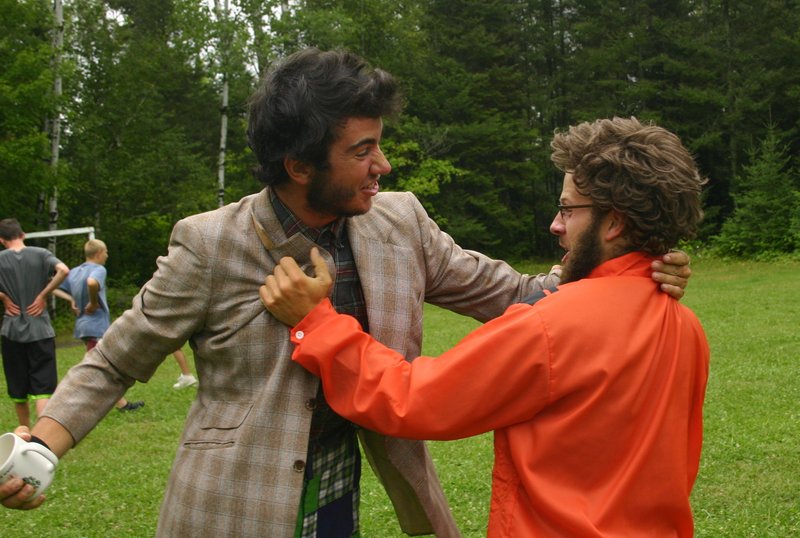 The mini-Olympics began with a series of sports, including archery, pickle ball, sailing, Frisbee golf, and croquet, just to name a few. Campers were divided into two teams: Team Tries Hard and Team Good Effort. While the campers were generally great sports, their coaches weren't... Coach Penny Cotton and Coach Magnum often fought publicly and in the middle of the field. Fortunately, campers were able to persuade them to settle their differences so they could continue playing.

After all the heartfelt competition throughout the day, a complex series of calculations by the Olympic referees revealed that the teams were exactly tied! Naturally, there was outrage between the coaches, despite assurance from the referees that it was a first in Camp Voyageur Olympic history. The coaches had to be escorted out of the Mess Hall by several counselors, after which they were never seen again.

Later that night, as campers and counselors were lining up outside of the Mess Hall door for the talent show, a van came down the hill honking it's horn obnoxiously and skidding to a stop near the tool shed. The driver stepped out and quickly scurried to the back of the van to retrieve a rolled up carpet. He then proceeded to roll it out towards the Mess Hall entrance, yelling at campers to move as he did so. The door opened, and two lavishly dressed men strode out, making minimal eye contact with campers. 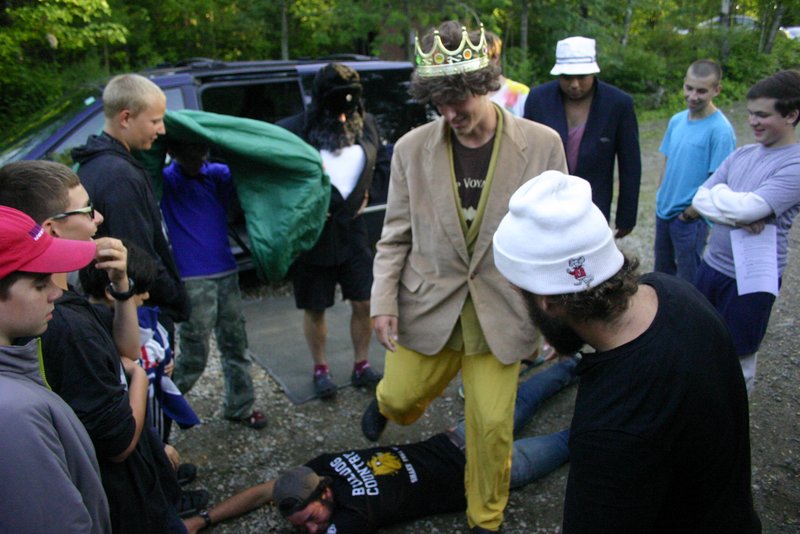 "How am I supposed to walk here?!" one of the men yelled. The carpet that the clumsy van driver had rolled out didn't make it to the door of the Mess Hall. The van driver made a flurry of hand motions and angry faces towards a group of counselors, who then immediately laid down on the ground to complete the path for the two men to the door. "That's more like it" he said, twisting his foot into the backs of the counselors as he exaggerated each stride.

It turns out that these men were the talent scouts responsible for hosting the show. Each cabin would perform a skit that night that they had put together with their cabin mates. Individual skits were also performed, including activities such as juggling, piano playing, and a martial arts demonstration. With frequent occasion, the talent show hosts would interrupt skits with their scoffing, luxurious drinking (sipping loudly on their cups), and classy insults. At one point, a professor had wandered onto stage and gave a 5 minute college-level lecture thinking it was one of his classes.

The show ended as almost all good shows do here at Camp Voyageur... in complete spontaneity.

Be sure to check the gallery for the latest photos! You can expect more photos and videos to be published throughout the next few months with future blog posts.