This story comes in from camper Keenan about his first round trip (and first trip with Camp Voyageur) in the Boundary Waters. What had initially started as a pretty regular route ended up becoming arguably the most adventurous trip of the first round to go out!

I went on my first trip at CV with Harrison, Stephen, Nick and Dylan. We spent most of our time on the Lac La Croix lake region in the northwest Boundary Waters. On day four, we attempted to reach Contentment Lake. Stephen the counselor Dylan the ‘big man’ exclaimed, “We should take a shortcut. It’s a bushwhack, but only a little one.” And we all agreed, thus beginning our adventure.

Now, there’s a little context behind the group’s decision to take their shortcut. They had spent a day on Lac La Croix attempting to build a sailboat by lashing their canoes together and using their tent’s rainfly as a sail. And their efforts were not in vain! They were sailing around Lac La Croix performing maneuvers that modern sailboats do on a routine basis, such as tacking and jibing. However, the project had taken the better part of a day and consequently set them behind schedule. Thus, we arrive at the group decision to take a “shortcut.” 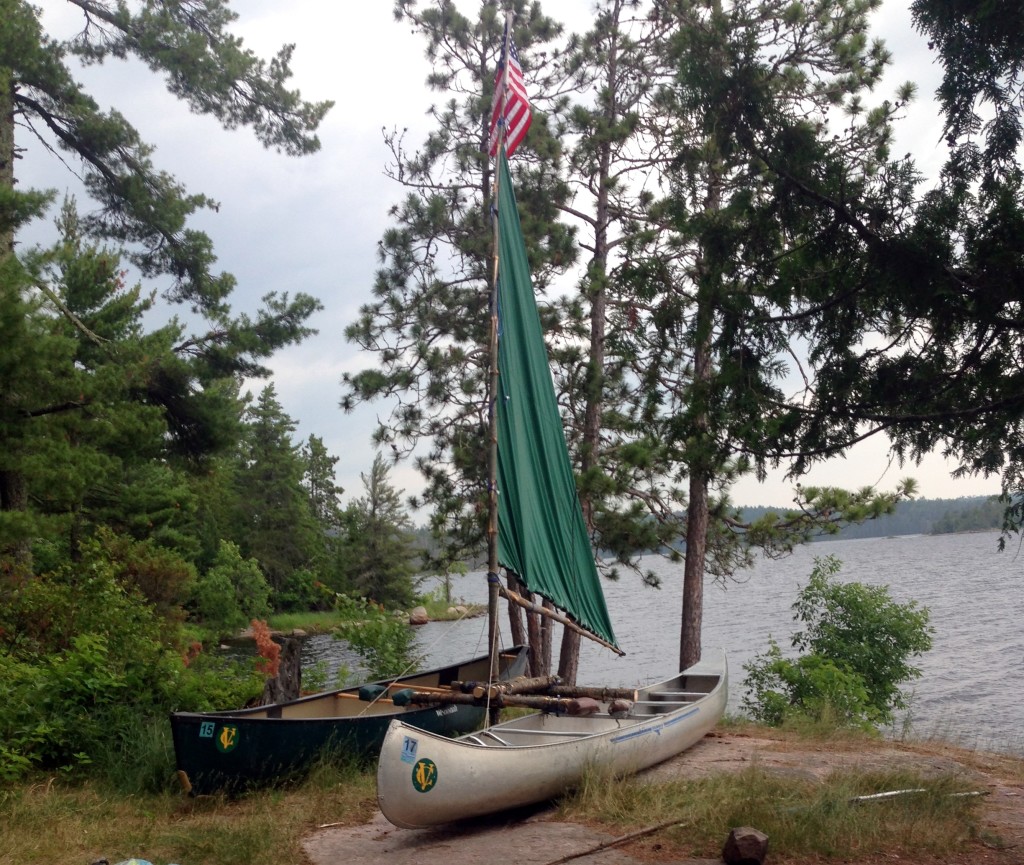 The fully functional sailboat the crew created using their two canoes and the tent’s rainfly.

After some paddling, we arrived at the lake where we would begin our bushwhack* (a North American term for hikers and cross-country skiers who engage in travel by making their own trails). We decided to search for an alternative trail at that point, as we were not entirely sure if the location we initially settled at was the best way over. We kept on paddling until we stumbled upon a tiny, unmaintained trail that led us directly into a swamp. After several hours of arduous travel with all our gear, we decided it was time to turn around and return to our first location of bushwhacking. Within several minutes of bushwhacking there however, fatigue turned into regret.

We chose to leave our canoes and bring our gear across first, sparing our energy. We made it to Contentment Lake (our destination, deserving of the name) in about an hour. However, we still needed our boats at the beginning, which Stephen and Dylan heroically retrieved. At one point, the mosquitoes became so annoying that we draped ourselves in a tarp while waiting for our canoes to arrive at the end. By the time they got back, it was well past dusk and we were all exhausted, physically and mentally. We quickly found a campsite, ate, and retired for the night.

We awoke the next morning, determined to make it back to camp. We were less than a day away. Fortunately, the campsite we had chosen to camp at was actually meant for hikers, and a small, unmaintained hiking trail would take us to East Loon Bay. After this, it was a short paddle up the Little Indian Sioux river to the landing we were being picked up at. However, there was one small problem; the hiking trail was 3.5 miles long, making it one of the longest portages in the entire Boundary Waters.

After a long day of hiking and paddling, we eventually made it to the landing and pulled into camp just in time for dinner, despite being 4 hours late to the pickup spot. It was a Voyageur’s welcome, for as soon as we walked in the door, the entire camp stood up and cheered us on. And then of course, we feasted…

When asked a week later to reflect on his trip, Keenan commented,

Well, it was definitely a challenging trip. Probably the hardest thing I’ve ever done. But looking back, I kind of enjoyed it. Even though it was crazy to think we had done that bushwhacking, and I would never do it again, I can really appreciate it now. I’d like to do something else like it in the future. It was a very rewarding experience. 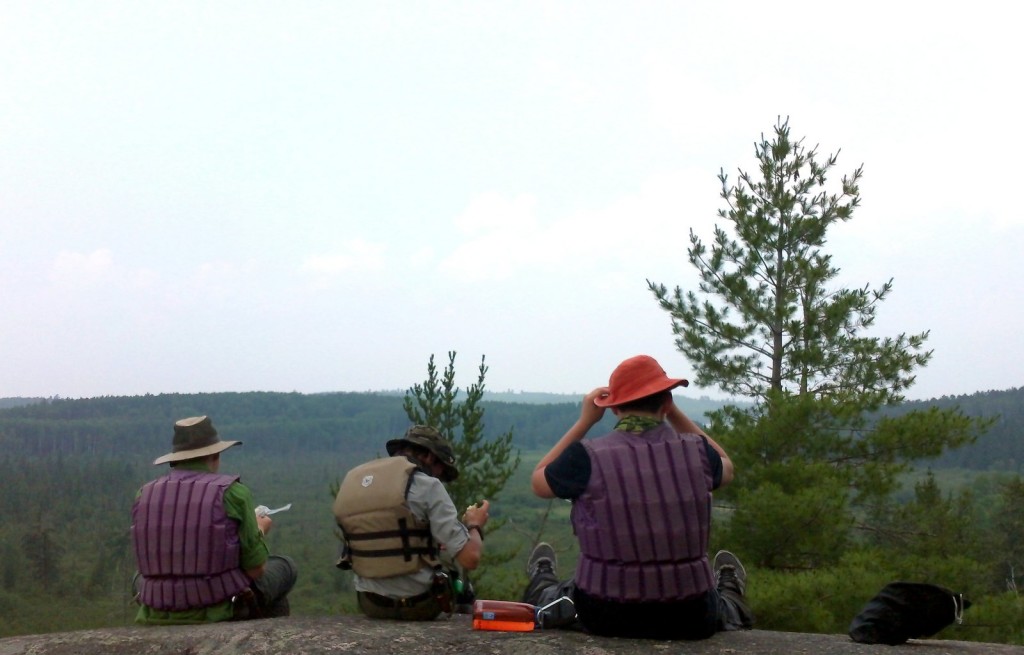 The group looks out from a vantage point along the Moose River. First day of the trip.