Each session, at least one "big trip" will head out with an older, more experienced group of campers for 10 days. This session, Isle Royale is that trip.

Isle Royale is 15 miles from the nearest shore of Lake Superior, making it usually impossible to see from land. In total, it spans some 45 miles and is over 9 miles wide at its widest point. This makes it and the 450 smaller islands that surround it one of the most isolated wildernesses in the world. At it's highest point, Mount Desor, campers will ascend to 1400 ft to get a view of the whole island as well as part of Minnesota, Michigan, and Canada. 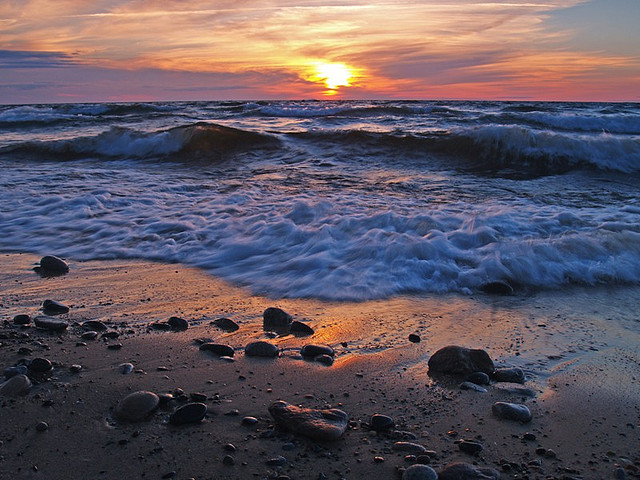 What further contributes to the uniqueness of the island is the wildlife. Wolf packs and moose have over the years ventured over the ice of Lake Superior to the island. However, in recent years they have not been able to leave due to partial freezing of the lake, creating an isolated biosphere that is studied by scientists from around the world. The island even has its own species of squirrel!

Yesterday, they were dropped off at the Grand Portage landing to camp and await their ferry, which will depart at about 5 am to avoid the larger waves that Lake Superior is capable of generating. By now, they're already on the island and hiking. They will spend their first night near Rainbow Cove, a pebble beach that stretches for nearly a mile along the Southwestern coast of the island.

You'll get to read about their trip in the "Trip Stories" section of the blog in about two weeks, so stay tuned!

View photos of their trip at the photo gallery! Some have already been uploaded.